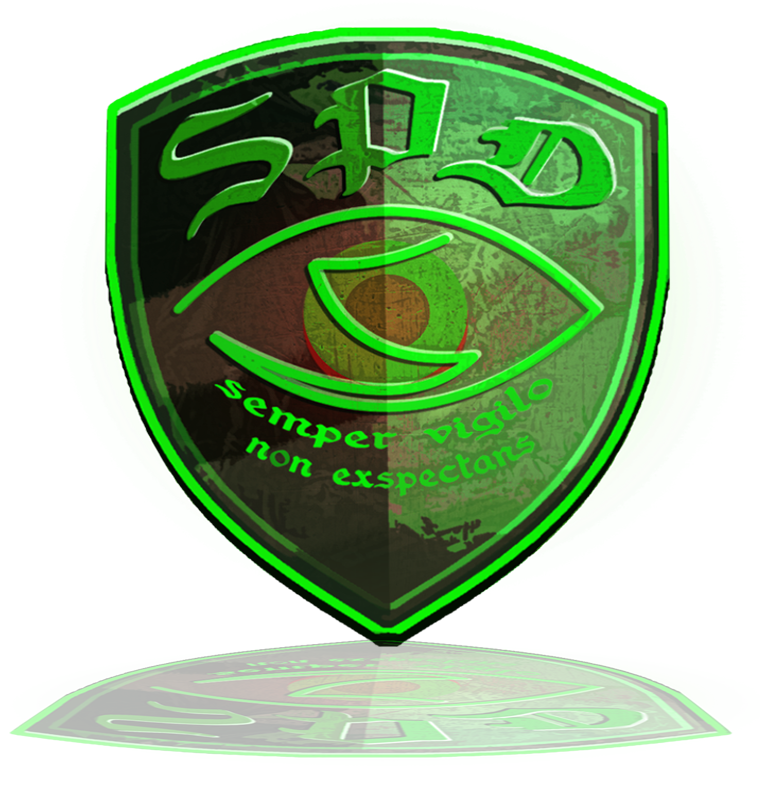 Welcome to the force. 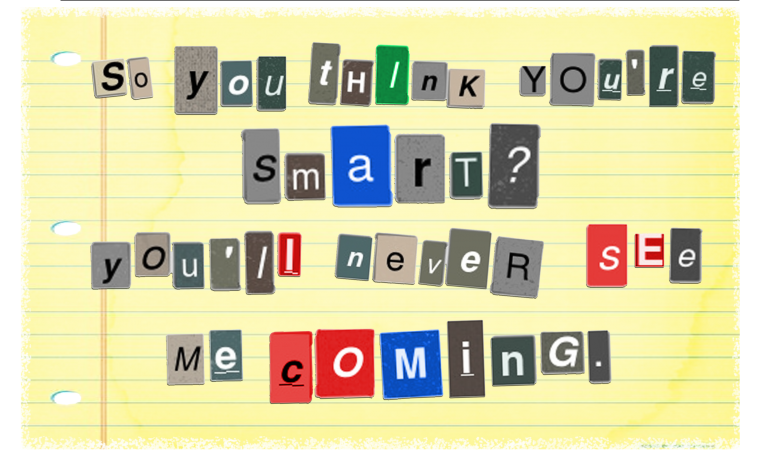 3 victims in the last month. Up until now, the school was a relatively safe place. I don’t think this was a coincidence. Either we have a serial murderer on our hands or the world is finally catching fire.

Let’s get to business. While we haven’t exactly identified the perp, we do have a name for him: The Man in Disguise. The two of us are going to catch him.

First thing is first. As I’m sure you know, the world is big and full of danger. 6 major empires rule the planet we live on. Six massive kingdoms. That makes our job easier. There’s only 6 places for our man to hide.

That’s a little bit of detective humor for you.

I’ll keep it short and only touch on the relevant ones. The most powerful major kingdom is called The United States of Ciar. It was founded by a tribe of humans and a tribe of orcs. It’s royal family believes that war makes a country stronger. That’s why they have state mandated routine civil wars. Orcs versus humans. The Winning faction gets to rule over the kingdom for 4 years. They’ve been especially volatile lately. Their last president was assassinated and the current president, Damian Clay, seems to have his eye on the neighboring kingdom, Honagawa.

Now Honagawa is a kingdom hidden within a massive forest. It’s ruled by the elves who are lead by the Council of the Dead. A group of baelnorn picked by the nation’s college to rule over the country. The kingdom’s number one resource is its mountains of undead. Every elf is given a choice. After it’s death, it’s body is either consecrated and used to feed the trees or turned into a mindless undead puppet and used to supplement its workforce. To be frank, it’s naseuating.

The arrakokra live in the tree tops and the kenku live deep underground among the tree’s roots. Let’s just say these two races do not get along.

The third major kingdom is called Sangovania. Up until a year ago the kingdom was steeped in a deep red mist. Ships that sailed too close never returned. Then, a miracle happened. The Dread King Alucard was killed by the heir to the throne, Darius Rothham. Killing kings isn’t easy and Darius turned out to be pretty dreadful himself. After he slayed the vampire king, Darius was thrown in prison. His younger brother pardoned him and set him up as the leader of the kingdom’s adventuring guild, The Crimson Wares.

Then there’s home sweet home… Uwosh Xuw. A peaceful island kingdom made up of humans, dragonborn and goliath. It’s surrounded by a series of islands named the Dagger Isles. No major complaints here. The Honagawan Royal Navy and various pirate factions have skirmishes all throughout the Sheathe Sea but otherwise its quiet. The Ciarian military has threated to come enforce the law themselves but I doubt the elves would allow it. 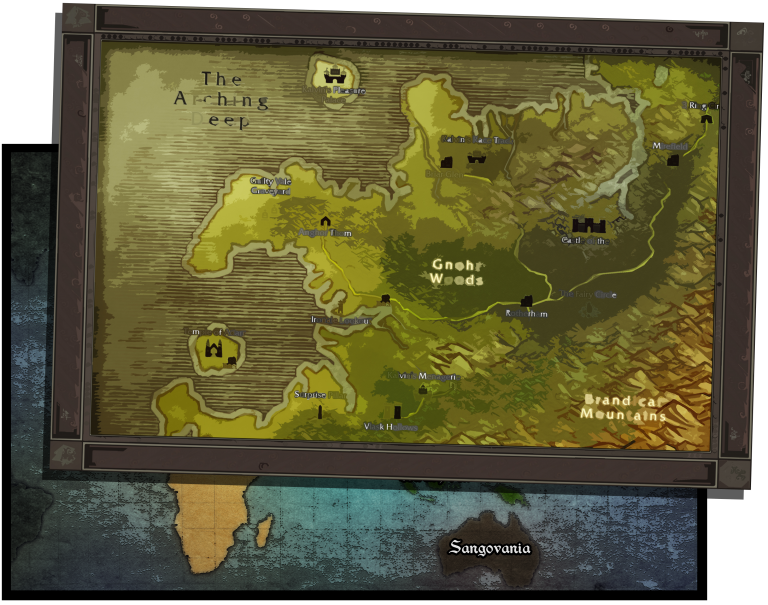 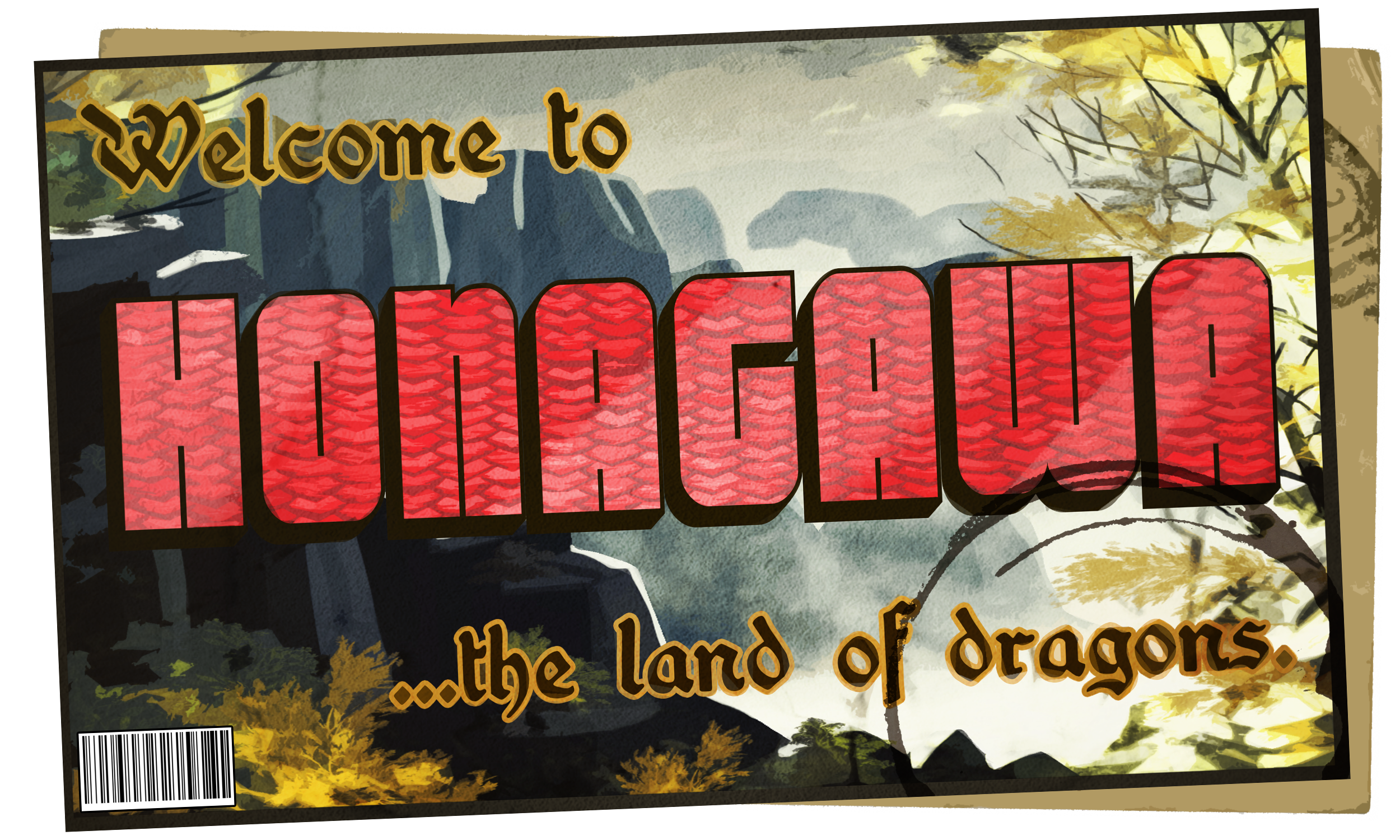 The Attack on the Seamount. 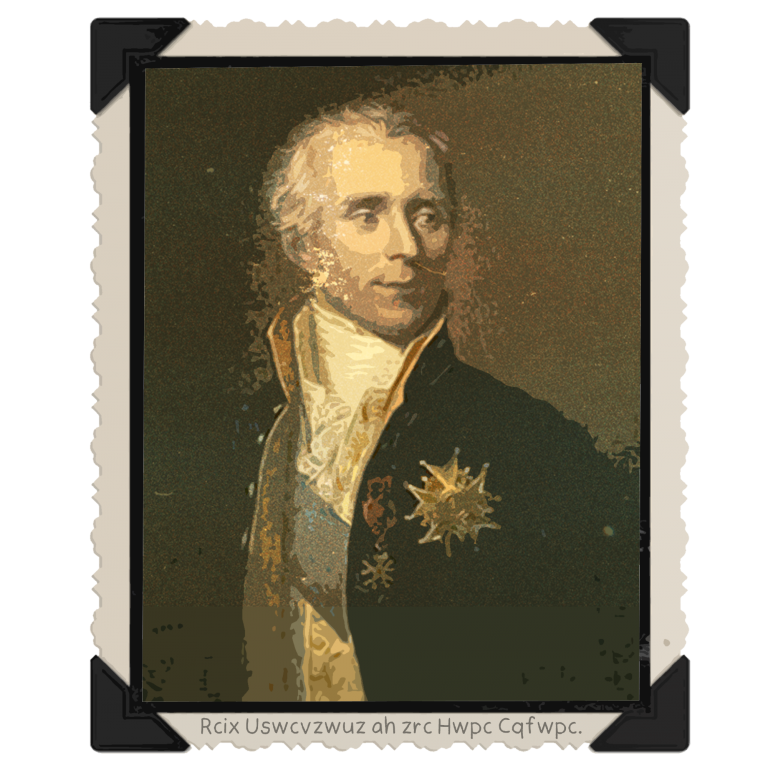 "Life's most important questions are, for the most part, nothing but probability problems."

We live on the Seamount Campus. Home of the Playful Platypus. The Seamount is an adventuring school setup by Uwosh Xuw’s guild, Future Now. The guild was established by the Admiral and a group of other divination wizards and has existed as the most powerful guild in the six kingdoms…before the Crimson Wares came around.

The Seamount itself exists at the bottom of the ocean and is immune to any and all forms of attack, at least that should’ve been true.

The official story states that a group of necromancer trogs climbed up through the shaft and attacked the school from below. They knocked out the power to the school and somehow managed to best our leader, Captain Vill. They spread a plague that turned their victims into zombies. We were completely caught off guard.

They moved on to our library and tried to knock down our communication system but they were stopped by a group of students lead by a biology major, Rondo. The story sounds ridiculous because it is. The Man in Disguise is connected to all of this. I don’t care what the admiral says.

I’ll make this plain and simple. We will catch the Man in Disguise. I have a reputation as one of the world’s greatest detectives and that fame invites challenge. After the attacks, our department started to receive a string of mysterious messages. I have no doubt in my mind that they were penned by our perp. He’s a cocky bastard.

I’m more of a lateral thinker myself, I’ve always relied on others for the technical stuff. Which is why I requested you. Here’s a set of messages we’ve received from our man. Take a look.We haven’t known each other for very long but you’ve done nothing but impress me. I have a good feeling about you. You will crack the code and catch him. 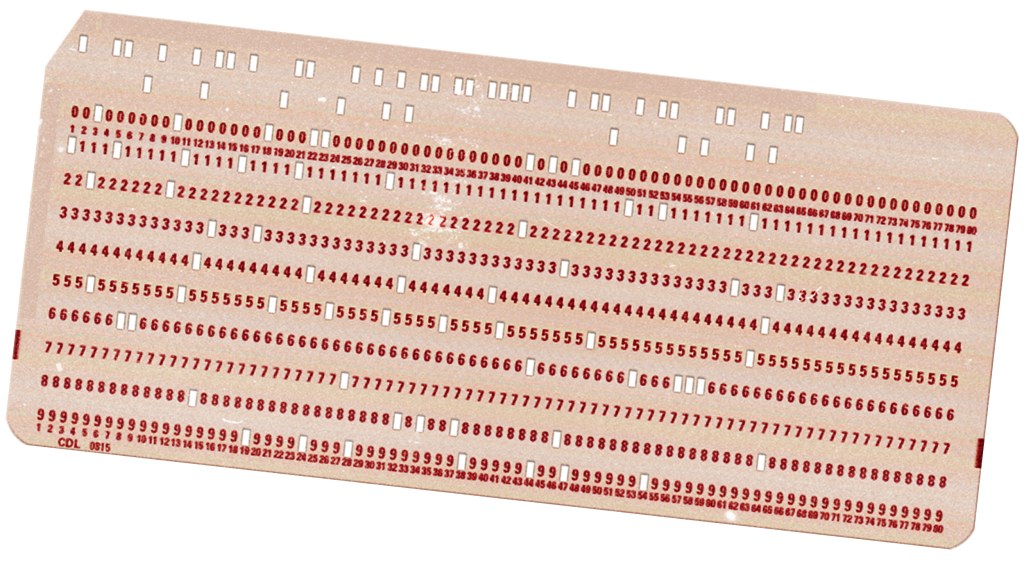 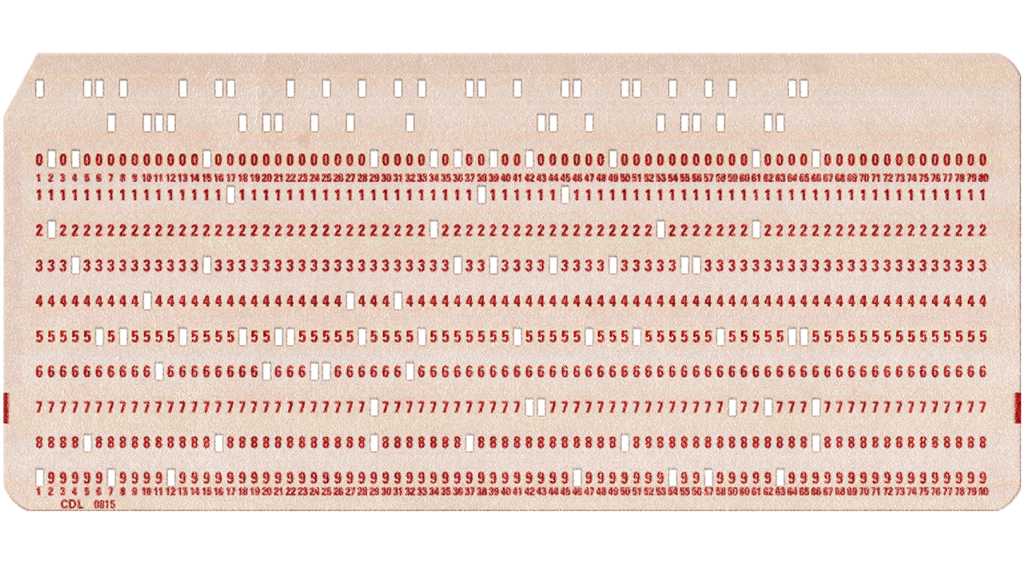 Here are the victims. I've started calling them the Sorry Lot. 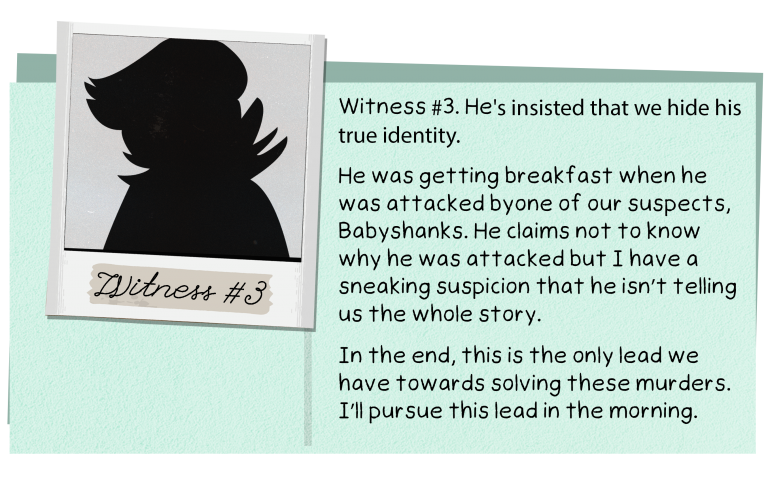 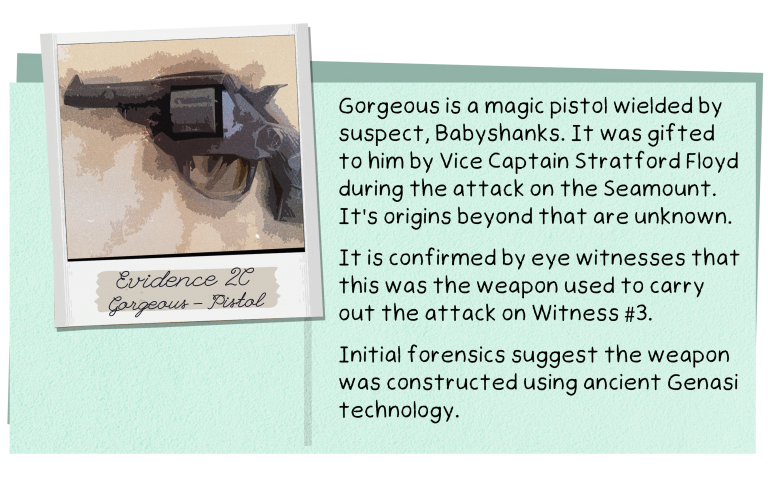 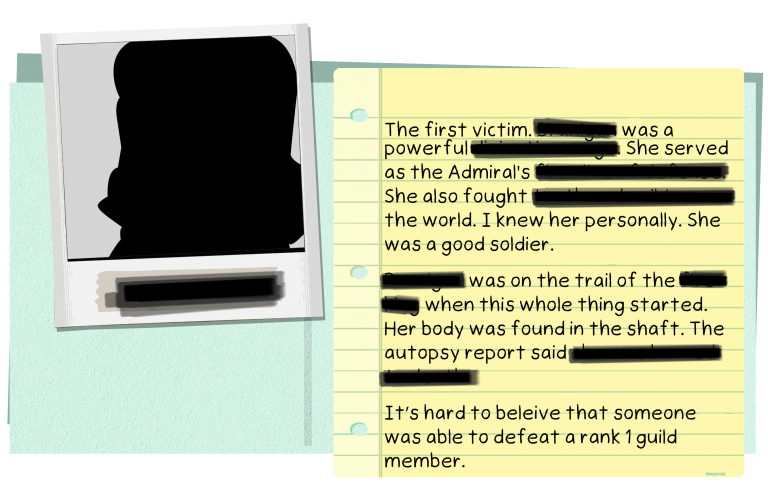 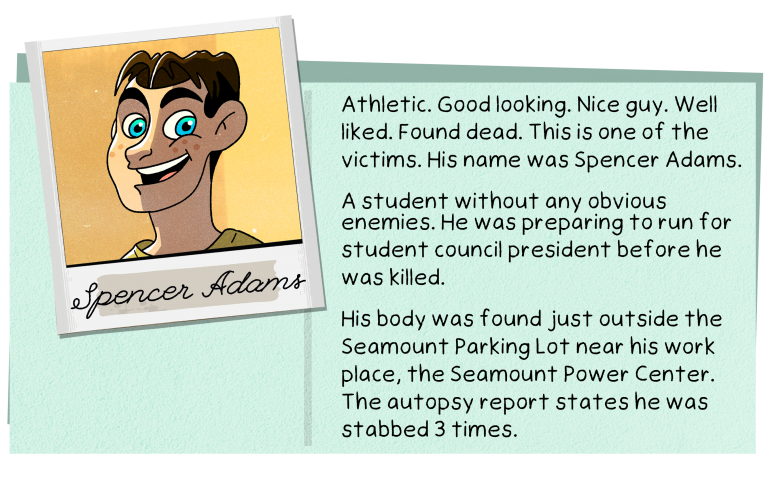 Time for suspects. Let me introduce you to the Seamount's scum. 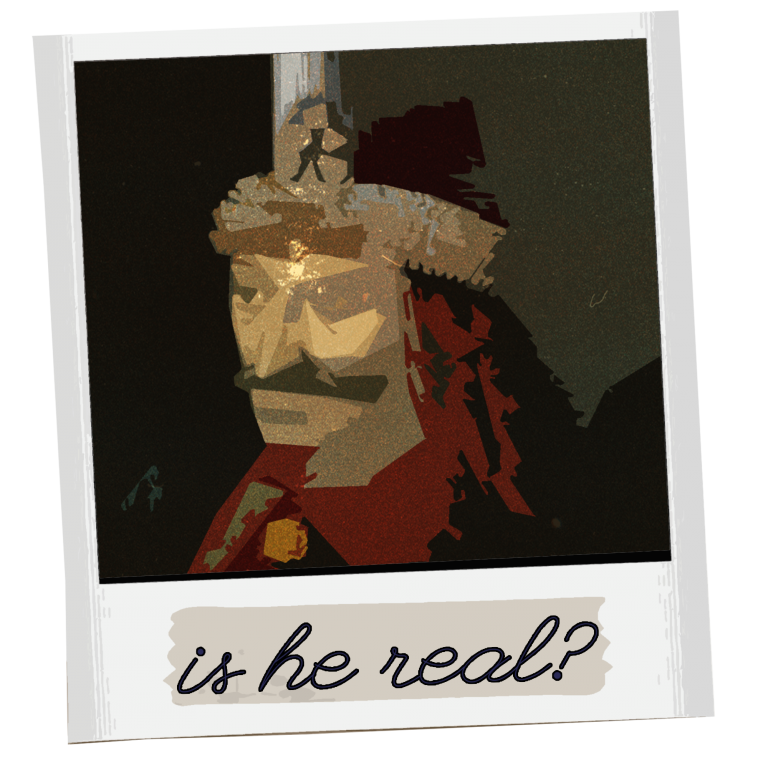 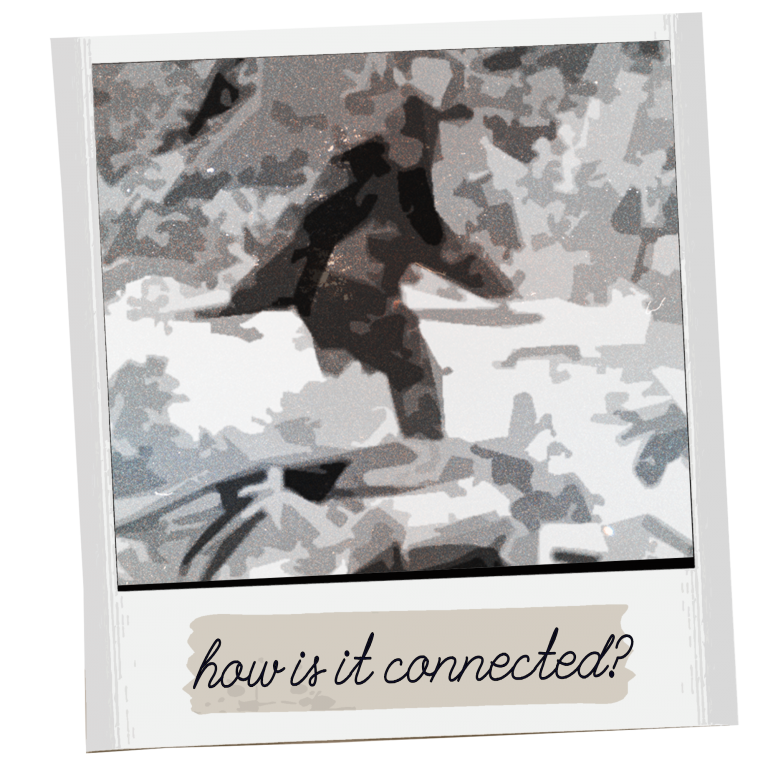 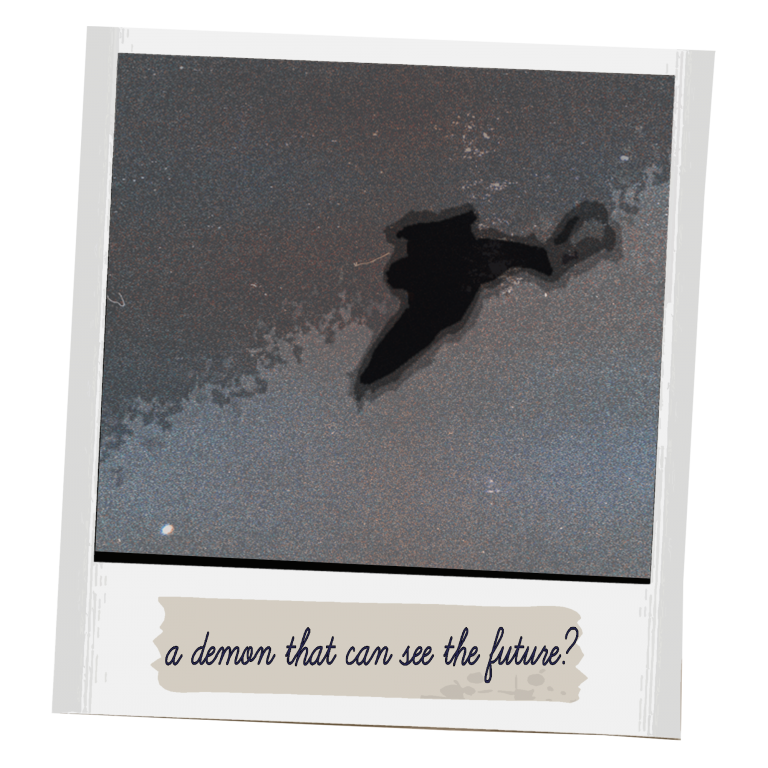 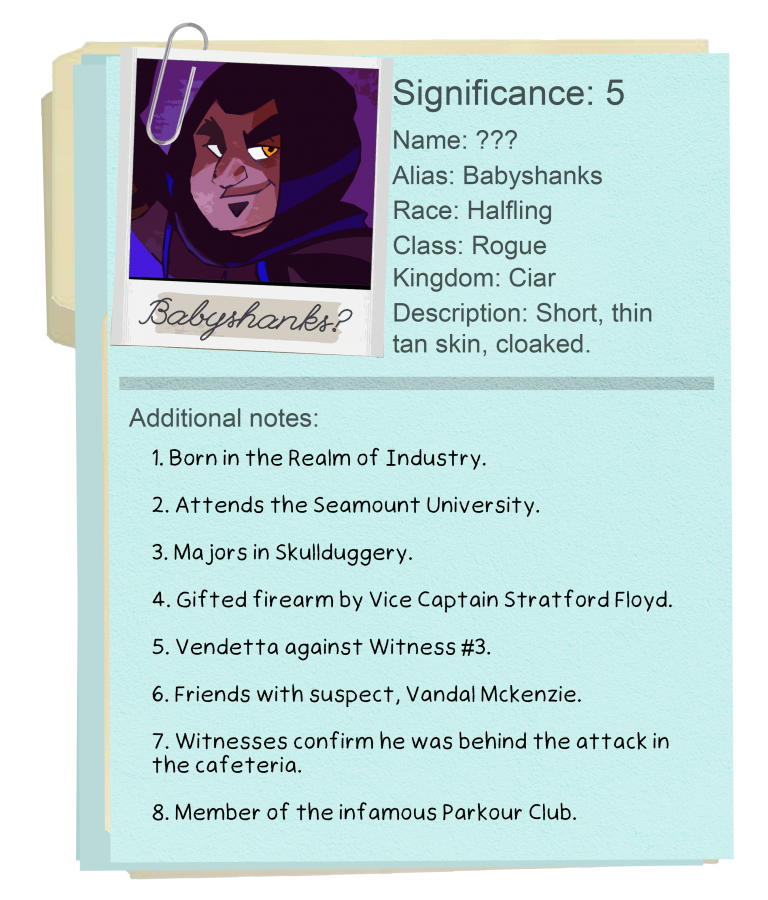 No name, no family, no past. I don’t like this man. I was able to confirm he was born somewhere in the Realm of Industry which means he’s from Ciar. There’s a world renowned school not far from there…why did he decide to go to the Seamount?

He’s also close friends with Vice Captain Stratford Floyd. The Vice Captain would be on my list if he wasn’t already out of commission.

This Babyshanks was confirmed to be part of a recent alltercation in the cafeteria. We have a slew of witnesses. He assaulted another student over a bowl of cereal. Fled the scene as soon as the guards arrived.

He was also spotted at the recent Club Rush firing into the air and intimidating the other students. He seems to have an ichy trigger finger.

We know he’s armed. Given the extra danger, I’ll be questioning him myself.

I’ll get back to you with more details as soon as I have them. Promise. 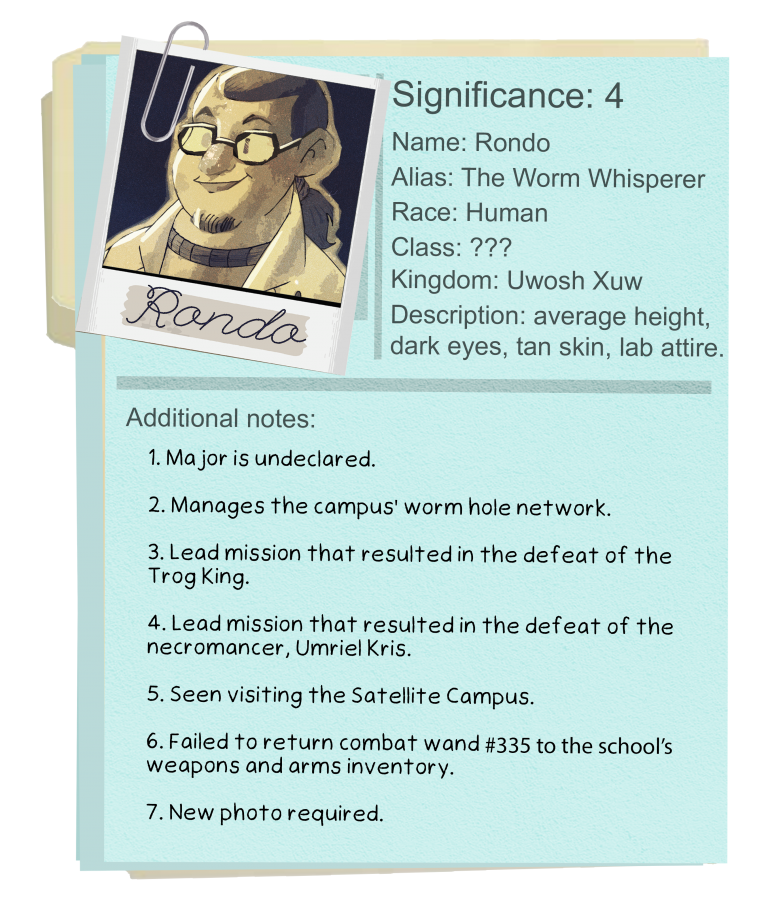 "Well, I think you guys get the gist of what we are doing here...but just to err on the side of safety, does anyone have any questions?"

The big hero. Rondo works in the school’s biology department and takes care of our Warp Worms. His job is important but nothing about him screams battle hardened warrior.

His past is as unremarkable as his appearance. He was born in Uwosh Xuw to a pair of totally average people. He started attending the Seamount University where he was recognized for his willingness to work with the creepy crawlies.

Despite all of this, he lead a team into the shaft and was somehow able to defeat the King of Trogs. Not only that, he was also able to lead a group of students in battle and somehow managed to save the school during the zombie outbreak.

Following the attack, he was invited to the satellite campus to meet with the Admiral herself. I’m sure you understand how out of the norm that is.

I just can’t explain it.

This man must be hiding something… Some kind of unseen latent ability.

For now lets keep our distance. We don’t want to go charging into a battle when there’s so many unknown factors.

"You will be picking up worm poop. Not saving worms! Not killing kings! It's a very straightforward mission!"

Interim Captain Vance Gears. If anyone gained anything from the attack, it would be him. Stratford Floyd was next in line to take over campus operations but with both Captain Vill and Ford gone, Gears is left at the top of the pecking order.

Born in Ciar, Vance Gears spent a lot of his time in Sangovania. My leads say he formed some kind of pact with demons there and when the red mists disappeared, he reappeared as a totally new man. A very powerful new man.

He has a reputation among the students as a total hard ass. He once expelled a student for running down the halls. You could call him strict and uncaring.

During the attack, Gears lead the evacuation efforts and saved a lot of lives. While that’s a point in his favor, zombie plagues don’t pop up all on their own. A necromancer was behind it and Gears fits that description.

I’m not saying I think it was him. From what I can tell, he’s staunchly loyal to the admiral. Assuming our fearless leader is on the up and up, Gears should be to. Given his position of authority, we’ll table the idea for now. 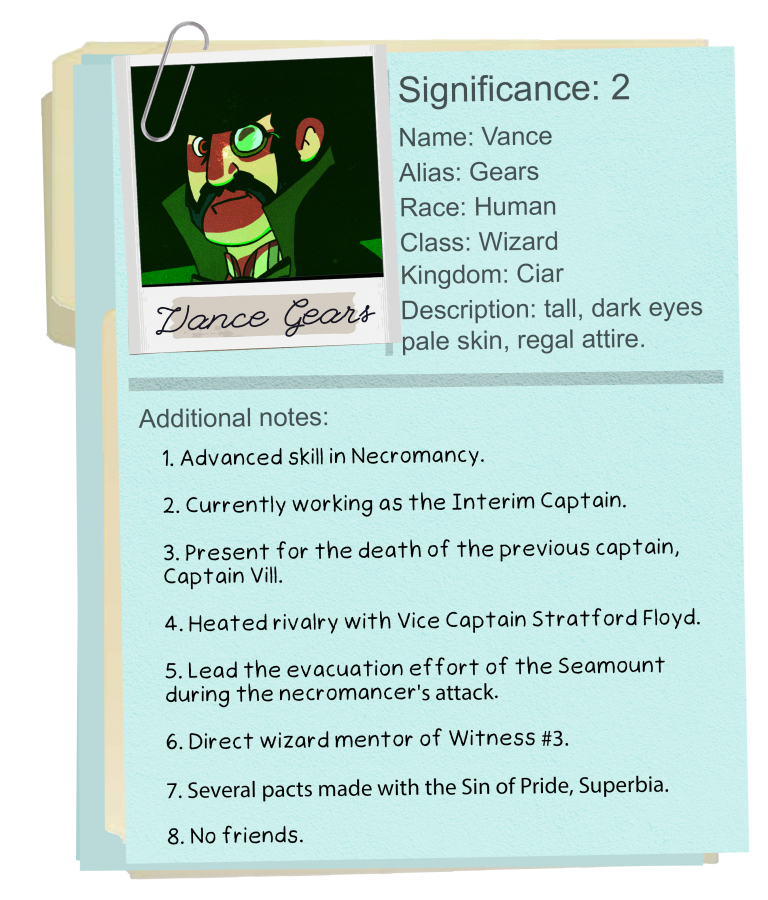 "There's bad things happening all over. No one would ever make any profit if we put everything down and stopped all of our business because bad things were happening."

Vandal McKenzie. I’ve already gone toe to toe with her in the past. A repeat offender with sticky fingers. She was behind a massive ring of bike thefts. The guards were powerless to stop her. Eventually they called me in and I was able to sort it all out.

She’s been quiet ever since…at least that’s how it appears. I wouldn’t be surprised if she was our killer. She’s selfish and would probably kill a man for the right price.

Looking into her past we’ve found that her transcripts were falsified. I should’ve known an alley cat like her could never get into the Seamount University through merit.

Witnesses place her at the cafeteria attack. No one accused her of being the culprit but given her history, I think it’s worth looking into.

Either way, her time on the Seamount will be short. In like of her new transgressions, I’m sure the Admissions Department will be knocking on her door any minute. Let’s try to get to her first. 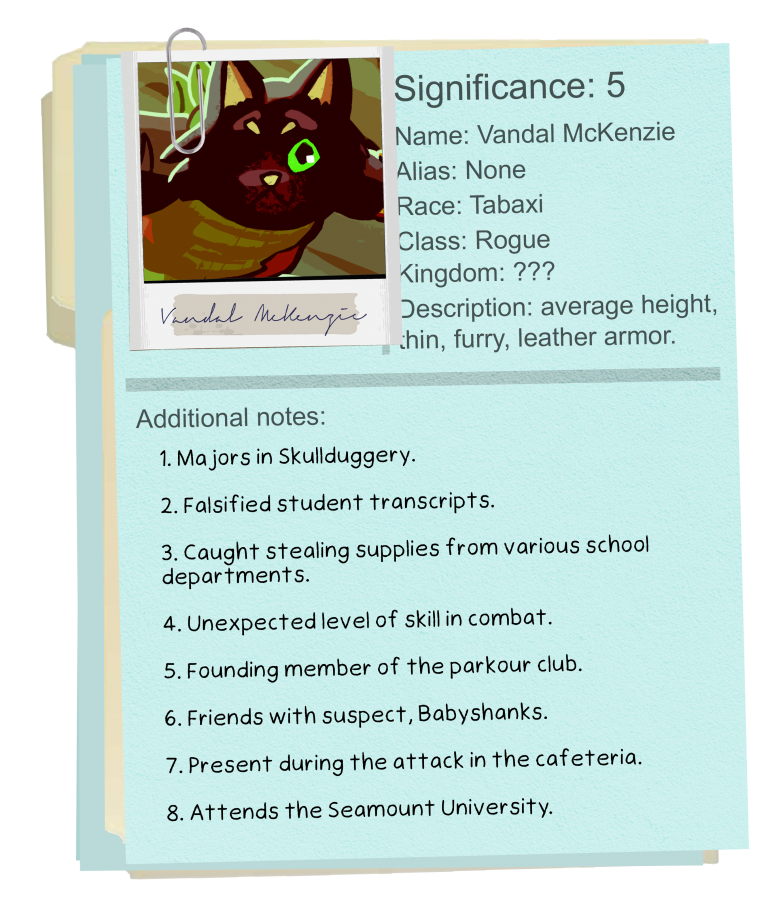 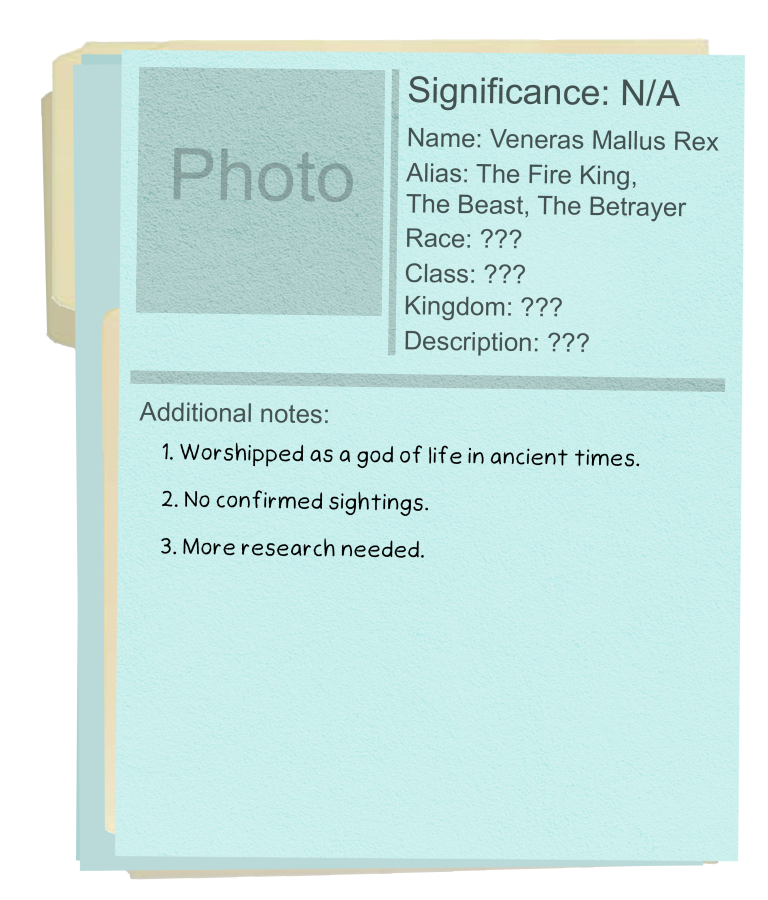 "I will turn to ash everything you have ever loved....I will kill your family and you're friends and when this world overflows with the tears of your dispair...I will drown you in them."

He goes by many names but most people call him…the Fire King. He’s an old god who was worshiped by the Fire Genasi. He hasn’t been seen in over 1,000 years.

Legend says that he begged the other gods for a portion of their power. He claimed he needed it to divert a coming distaster. The second they gave him what he wanted, he turned that power on them. The survivors fled to the High Heavens or the Pits of Hell. The gods that remained holed up within their fortress city in Ta’imir. The Day of White Fire marked the begining of the end for their empire.

The gods keep to themselves now. If this is our guy…why did he come back?

How in the world do we stop him?

...And that's everything. Figured it out?

The hunt is just beginning. The Man in Disguise hid 6 secret messages throughout this page! Once you’ve cracked them all, post your answers below. Include your Reddit Username and you will get a r/hiadventure subreddit tag based on how many codes you were able to crack. 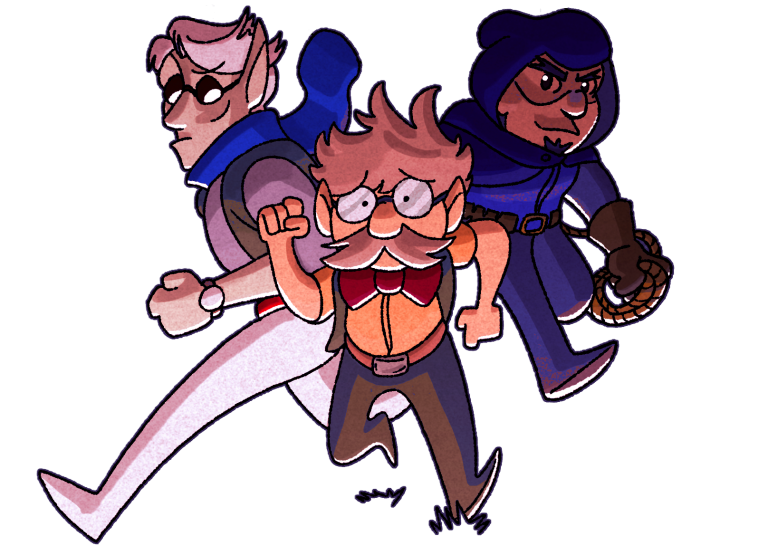 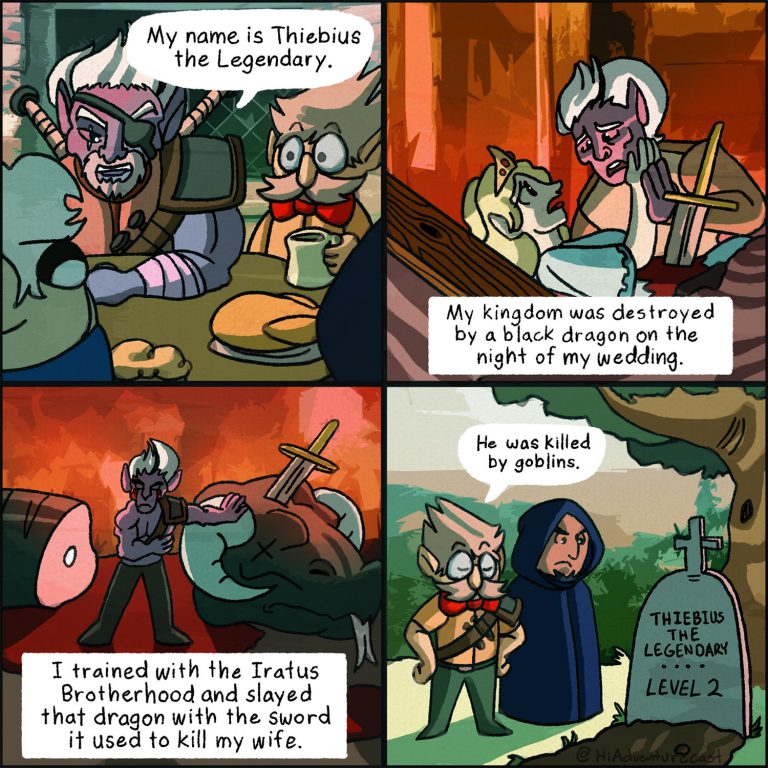 Listen to the Podcast! 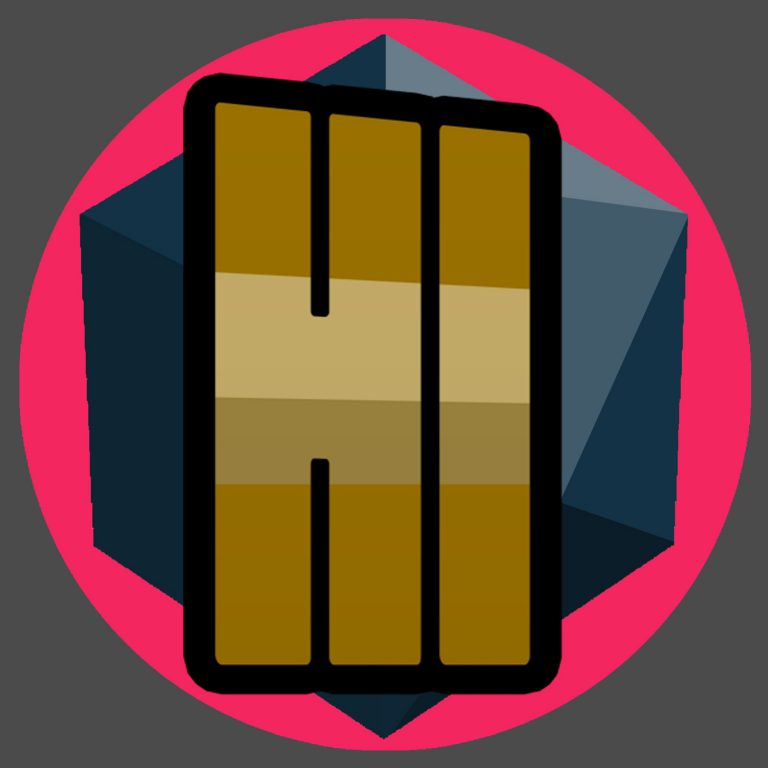